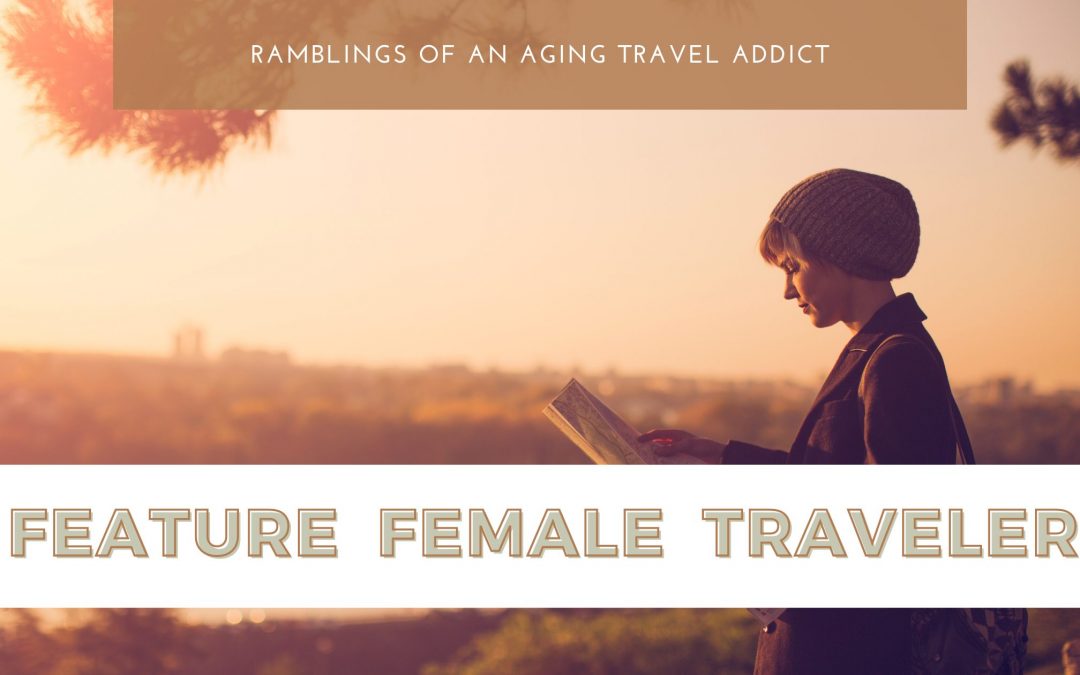 Ramblings of an aging travel addict

I have wanted to travel for as long as I can remember.  As a child, we had great camping holidays around New Zealand, plus one special overseas trip to meet the family (both my parents are English and therefore my grandparents, uncles and aunties, cousins etc all lived in the UK).  I knew it was what I wanted to do and so in my last year of university, while classmates were thinking about applying for jobs, I sold my saxophone (the only thing I owned of any real value) and booked a one way ticket to Australia, departing 5 days after I sat my final exam!  I never looked back!!

After 6 months in a random little town on the banks of the Murray River in South Australia planting broccoli by day and delivering pizzas by night, I had saved enough money for a one way ticket to London – the city where the streets are paved with gold, or for me “golden” travel opportunities.  Despite having a British passport (thanks to my parents) I had still only planned to stay 2-3 years, get the travel bug out of my system before heading back to New Zealand – I can only look back and laugh on that now, how naive I was to think 3 years would be enough, and that I could ever get over the travel bug.  It is definitely one bug, or in my case addiction, you cannot get over lol!

Those early years were spent working as many hours as I could for 8-9 months a year, followed by 3-4 months of travel.  And when I say travel, I mean that good old fashion slow travel.  Mostly by van, bus or train (EuroRail passes where (and perhaps still are) a gift from the gods).   I was like a kid in a candy store as London is an amazing hub for cheap and easy access to the rest of the world (particularly when you are comparing it to New Zealand). Every year, for the first 7 years, I would tell myself “I will just do this one last big trip next year, and then I will go home”, but in reality who was I kidding?

Travel at that time tended to be much slower  – not only because I had more time and far less money, but the lack of technology to aid in planning meant things tended to happen when they happened.  Planning (if you were a planner) had to be done in advance, from books and maps (remember those things).  Accommodation booked by phone – landline phone, and could not be changed on the fly. Communication home was even slower.  During a 3 month overland truck journey through Africa, my parents only knew of my progress (and survival) through postcards – one sent from each country (most arriving after I was already back) and one phone call on Christmas day when we lined up at a public phone box to try and call home for the few minutes the phone lines and our coins would allow.   The older I get, the more often I truly look back on those days as the “good old days”.

A more recent reminder of those “good old days” was hiking the Inca Trail a couple of years ago.  Four whole days of no phone or internet reception!  After the initial withdrawal symptoms, it was truly freeing not to pick up my phone first thing every morning to check social media.  To sit around at meals and talk to others in the group, not a phone in sight. Sadly, the minute we sat down in a restaurant in Agua Caliente at the end of the hike, we were all back on our phones catching up on what happened in the world over the last few days.

As time went on, I got a real job which paid real money and my travel habits changed too – now I had much more money, but much less time.

Travelling for me then became much faster, trying to pack as much in as little time as possible.  I started to turn more to organized group tours to accomplish this, but never fear I still did plenty of planning.  I always had my trusty spreadsheet set up to show the best trip options by places visited, prices, included extras etc.

These trips were great, normally meeting like-minded people on them and on some trips over the years resulted in long term friendships – though again, these were much harder to maintain before the age of emails and social media.  That said, there are always one or two odd ones (if you have been on a group tour you will know what I mean).  The saying goes, “if you can’t identify the odd one in the group, it is probably you” lol.

I loved the freedom money gave me to pick and choose my travel – one month it was a luxury hotel in South Beach, Miami, the next it was a hammock slung by a river in deepest, darkest Venezuela.  I loved it all (and still do).

Sometimes I long for those days when you really had to plan in advance (I am a planner at heart) and just go with the flow when plans don’t pan out – I recall a trip to Ios in Greece,  my partner of the time had gone out a few days earlier and was to meet me off the ferry when I arrived!!  He wasn’t there and I didn’t know what campground he was staying at!  Thankfully, there were only a couple of options, so I brushed past all the people trying to get me to stay at their hotel and set off up the unsealed road, loaded up with my backpack on my back (packed for 3 months of travel).  Of course, I finally found him at the second campground, recovering from a night on the Ouzo and had completely forgotten what day I was arriving!  Needless to say, that was the beginning of the end of that relationship lol.  But it just goes to show how different it was before we relied so completely on phones and the internet!

Don’t get me wrong I love the modern technology and how easy it makes travel these days, right down to tracking where I was being taken on maps.me when I took a potentially dodgy taxi from Kiev airport to my hotel at midnight in the middle of winter.  I just wanted to make sure he was driving in the right direction, all the while planning my combat roll out of the fast (130km/h which apparently was the speed limit) moving vehicle if he started driving in the wrong direction.

Technology has also brought around a change in recording travels.  I have shelves full of photo albums and handwritten travel journals which have now made way for electronic blogs – I was most definitely blogging before blogging was a ‘thing’!  In fact, I had my first electronic blog on a site called getjealous.com back in 2007 – just a way for my family and friends to see what I was up to and know where I was in almost real time! I am just slightly jealous of those who are making a living off doing this these days (I clearly missed a trick there) but I could never be one of those people who take big floaty bright dresses with them everywhere they go to get the ‘photo for the gram”.  In fact I tend to avoid being in photos full stop these days so probably not the right career path for me anyway.

And don’t get me started on the wonders of digital photography and great phone cameras.  I used to lug around loads of rolls of camera film and of course you could not even see the results until you got home and got them all developed.    And the results were real – no filters or presets for editing.  Who remembers trying to take selfies with a film camera and just hoping you got yourself in the frame lol.  In my last few years of travel I almost exclusively just took my phone on my trips and I am pretty happy with the results.

I finally left London after 17 years, having been spurred on by the sudden death of a close friend, and that led to 6 years of taking the slow way home  – travelling and working in the volunteer sector.  It was then back to slow travel and some amazing experiences of living and working in incredible places including Zimbabwe, Nepal and Fiji.

Despite years of travelling, 7 continents and 99 countries,  it does not stop the trepidation I feel before setting off on the next  trip.  It doesn’t matter how many trips I go on, whether they be solo or in groups, I always have those last minute fears – it is almost like the night before the first day at school.  Will I make friends, will they like me?  Of course it almost always works out in the end.  Luckily, I am also more than happy with my own company – perhaps a key attribute to have when embarking on solo travel.  I love nothing more than sitting in a corner of a restaurant or bar, people watching or reading a book.  In reality it is not as easy as it sounds as many people find it odd for someone to sit on their own and you are often interrupted to make sure you are ok!  I am more than ok!

Despite the growing population of older people ready to take on the world, it frustrates me that backpacking and budget travel still seems to be marketed as something for young people, I still travel as much as I can, often solo and find myself in hostels with much younger people.  I think it is about time hostels started to cater for an older clientele – why should older people travelling on their own be expected to pay astronomical prices for accommodation all the time.  Sure, sometimes I want the comfort and privacy a nice hotel or Airbnb offer, but sometimes I just want a cheap bed to sleep in between activities.

And so I look to the new, post Covid world, I spent much of 2018 and 2019 travelling (and was based in the UK for 2019 so had the whole of Europe on my doorstep) so initially was not too bothered about being “locked” in New Zealand over the last 18 months.  I have also tried to make the most of it by exploring some of beautiful New Zealand  that I had not been too since childhood.  But my feet are now well and truly itchy and there is another bug (not Covid) that needs a booster soon, fingers crossed for 2022. 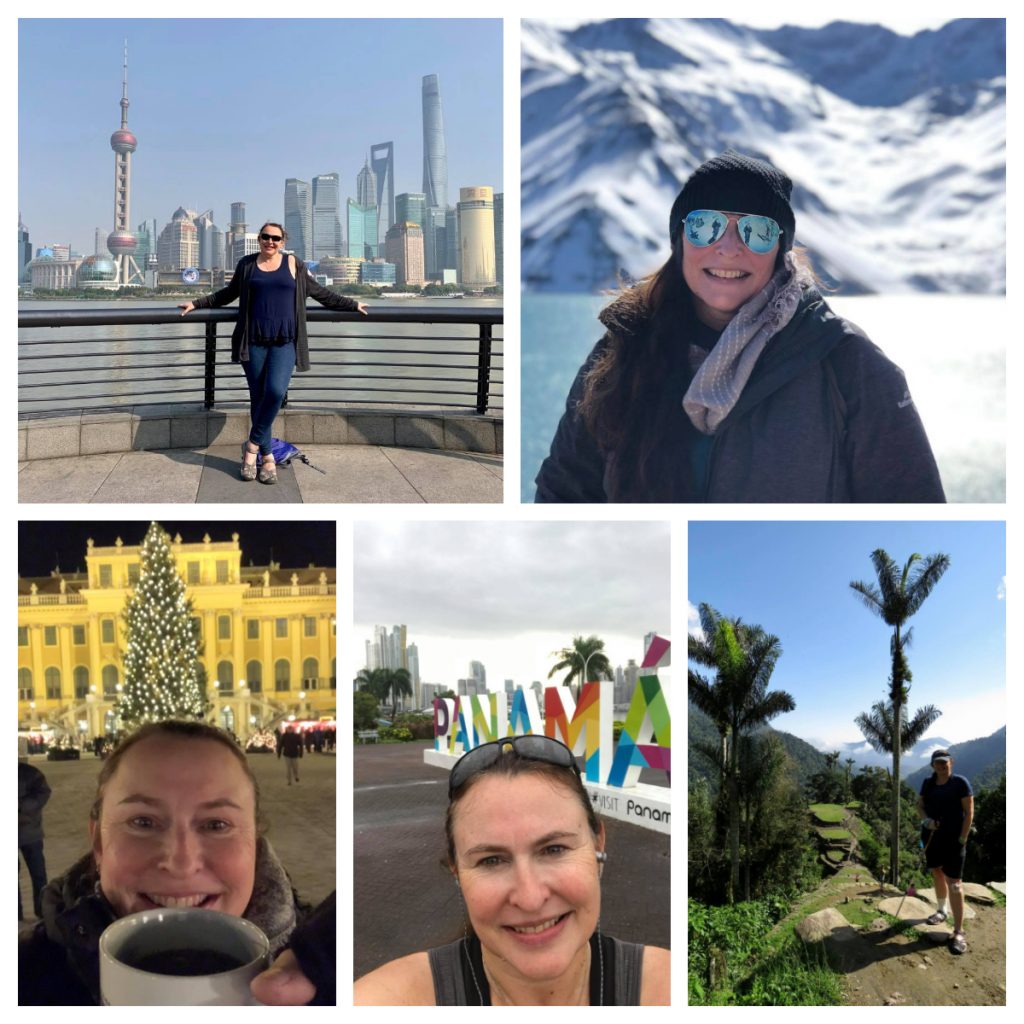 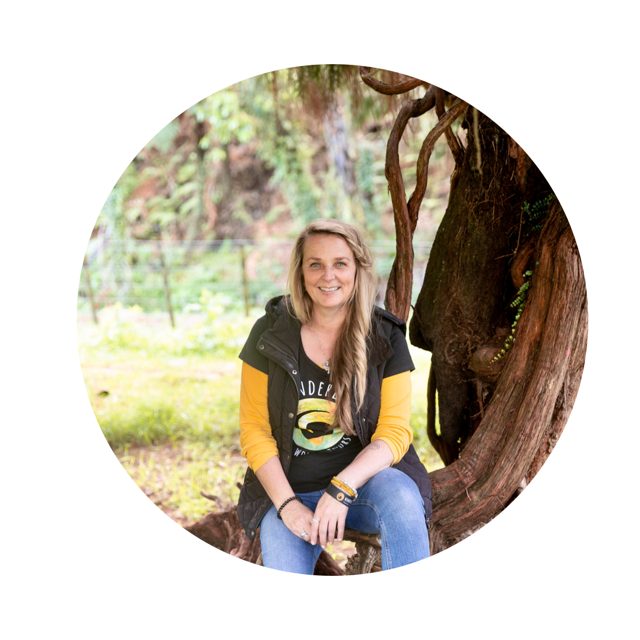 Your host and founder of Wanderlust Solo Women Tours

I would love to hear about some of your personal solo female travel experiences, and have you as a guest blogger for our Feature Female Traveler section. Please email me on; info@wanderlustsolowomentours.com.

Need help to travel confidently solo yourself? Want to get and explore and have some laughs and rediscover the true you? I am always here to help.

Pop onto our community email list to get monthly updates on upcoming retreats and also inspirational travel content for women.

Empowering you to build confidence and friendships through travel.

Come and explore Bali with us. Book now for 2023 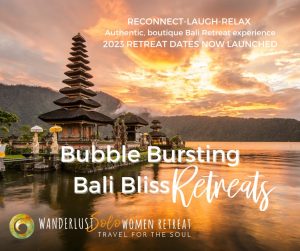 Join our members only community newsletter

Get a free travel insurance quote with…